Types of Crabs That Are Edible

Rock crab or Snow crab, also known as Cancer quanbumi in latin, is a type of crab that can be found living in deep water and among rocks. It is sometimes called a “spider crab” because it has spindly legs, resembling a spider.

Stone crab, or also called as “morro” or “moro” crab, is well known for its meat and hard and large claws. Menippe mercenaria is its latin name. It is usually harvested around 15th of October until 15th of May. Stone crab fishermen will throw away the crab into the water after twisting its claws since the claws are the only part of stone crab that are eaten. It is cruel but the crab will regrow its claws back in the range of 18 months. In order to make sure that they are not defenseless, only 1 claw per stone crab is harvested. Using a mallet, the claws will be cracked when it is eaten. It is also served cold and eaten with sauces to dip in. The size of the claws range from 2.75 ounces (biggest) to 2 ounces (smallest). The claw’s meat texture is very thick and tastes moist and sweet. 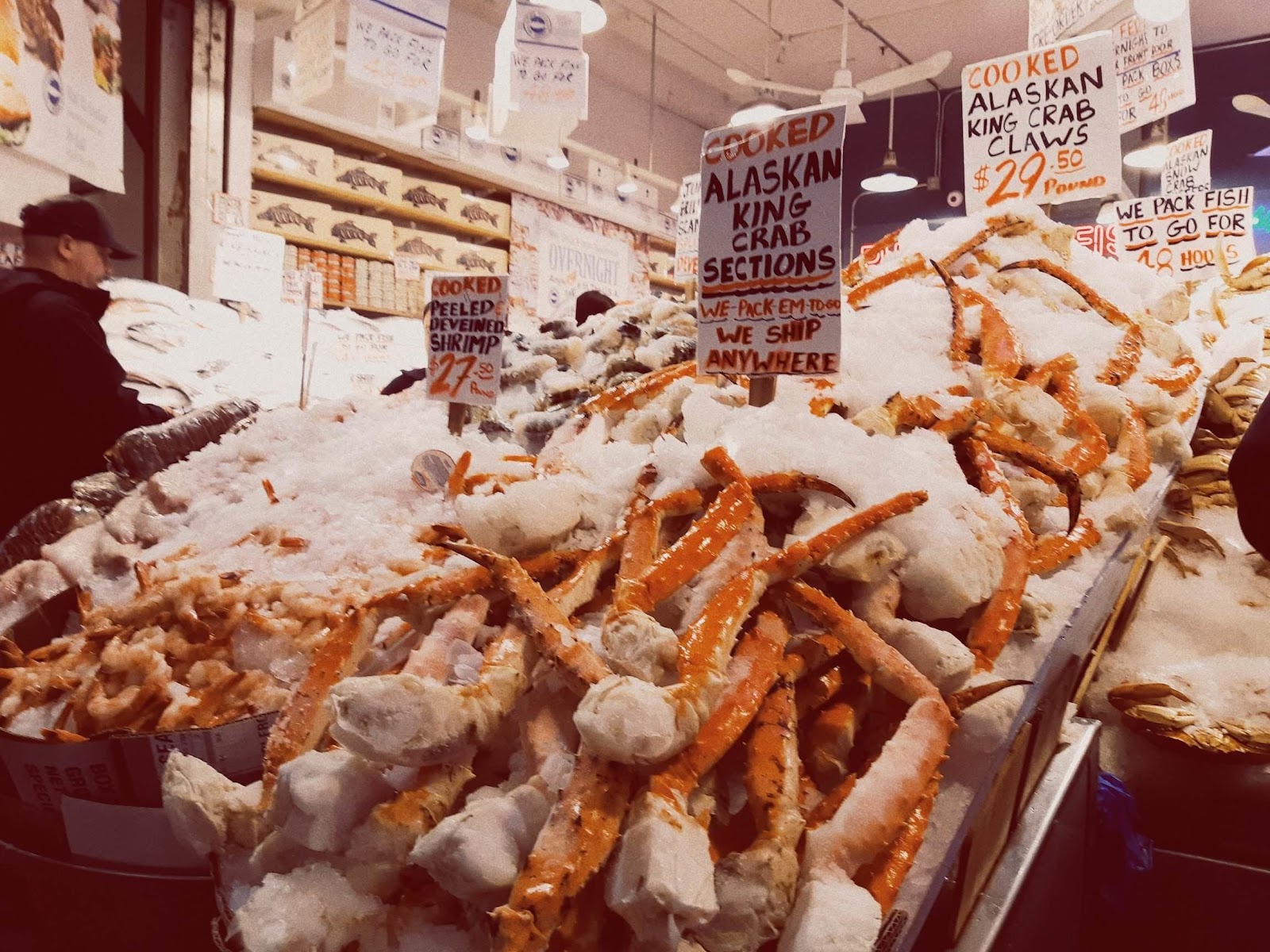 King crab has various names such as Rusian Crab, Alaskan King Crab, and Japanese crab. Paralithodes camtschaticus is its latin name. King crab is big because it can reach 10 feet and 25 pounds in weight! Sadly, only ¼ parts of the king crab can be eaten. Especially the legs and claws. Just like Dungeness crab, females cannot be harvested. The meat of king crab is said to be almost the same as lobster.

Blue crab is named by its colour which is blue-green. In latin, blue crab is named as “beautiful swimmer”, Callinectes sapidus. They can be easily seen at the United States’ east coast. The size of a blue crab ranges from 5 ½ inches (biggest) and 3 ½ inches (smallest). It might even grow bigger than 5 ½ inches in some rare cases. Uniquely, when cooked, blue crab colour becomes the common reddish color of a crab, despite having blue-green colour when fresh and alive.

The habitat of Dungeness crab is in Alaska to Baja, Mexico. They live in the coastal waters of that area. Cancer magister is its latin name. The name of this crab comes from a town on the Olympic Peninsula, called Dungeness. The tiny town started to harvest the crab until it became popular. Dungeness crabs are usually purple to brown in colour. They weigh around 4 pounds (the heaviest) and 1 ¾ pounds (the lightest). The crab needs to be 6 ¼ inches long or more in order to be harvested. The Law also requires that female Dungeness crab shall not be harvested. The meat of Dungeness crab has a sweet and moist taste.